On December 2019 FinScience started to analyze the U.S. Election theme using alternative data. At the end of July FinScience published two stock selections. The goal of the selections related to the American elections was to identify the companies that were most exposed to Donald Trump’s or Joe Biden’s victory. The companies selected followed the performance of the two presidential candidates with which they were associated. Indeed, during positive period for Biden’s polls the selection recorded a strongly positive performance while the gap between the two selections were narrowing in the days before the election date due to the increase uncertainty of a clear result.

After the Biden victory consolidation in November 2020 and the democratic victory in the Georgia election (January 2021) that gave to Biden the majority in the Senate the Democratic Selection outperformed the S&P 500 by more than 110% while the Trump’s selection essentially followed the positive trend of the index. 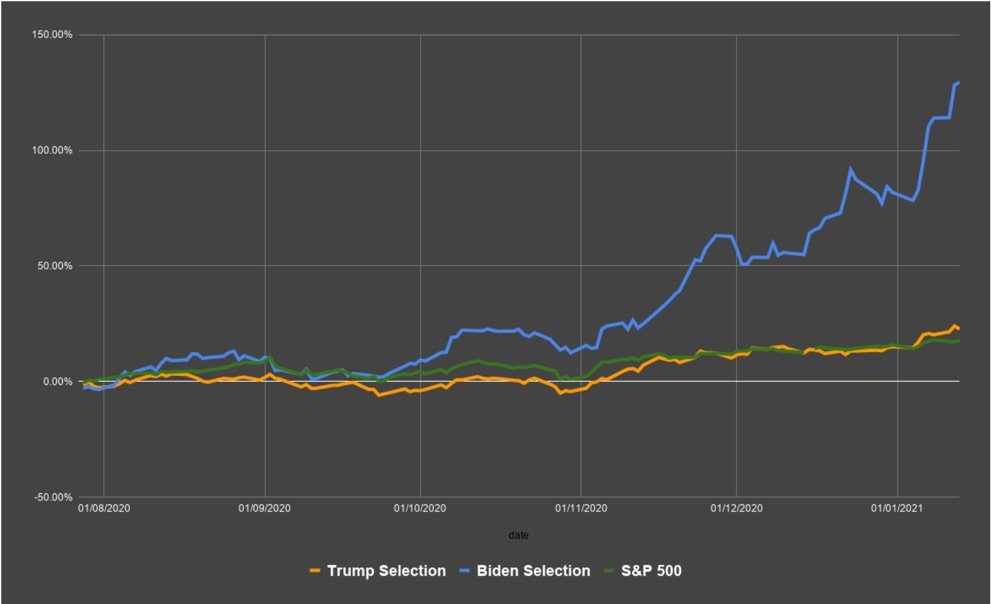 *From 27/07/2020 till 13/01/2021. Returns for a portfolio of stocks equally weighted. No commission fees and dividends reinvestment valuation. Past performance is not a guarantee of future returns.