The strong impact of weak signals 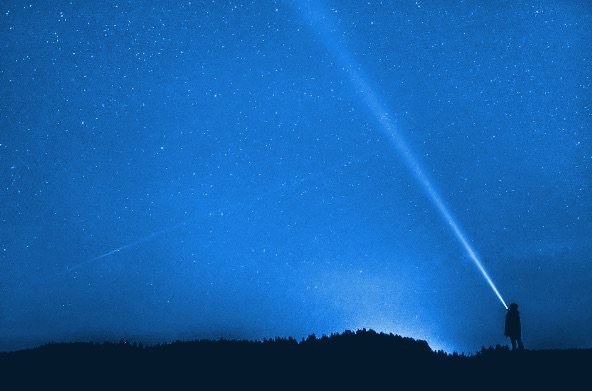 The strong impact of weak signals

Weak Signals: how (and what) learn for investment

What are weak signals?

Weak signals are a collection of small, individual pieces of data which, collectively, point to a significant change that might be happening beneath the surface, and that is likely to affect the individual who is collecting those signals. Weak signals are, by definition, subjective, because they are ambiguous: it is very hard to objectively understand the possible change they suggest, and people are more likely to misread it, rather than understand it. Moreover, weak signals are also worthless if taken individually, in fact they are not strong enough to provide evidence of the suggested change, they can only alert the user.

Why are weak signals so important?

The question that now arises is “why would anyone even dare to lose so much time, collecting useless data?” the answer to which is another definition: the innate difference between an investor, and a speculator. Even though weak signals alone cannot predict exactly whether a certain event is going to happen, they are nonetheless data that can be used to predict the future, rather than undergo change. Thus, an investor will likely use weak signals to predict (or to stay informed on) a certain event that in the future might be profitable for him, whilst a speculator will only react to said event, losing a substantial portion of profits due to entering the market later, compared to the investor. But weak signals are not only useful in the first instance of buying stocks: it is extremely important even meanwhile the investor is holding stocks; in fact knowing that for example, the CEO of a company has left due to internal reasons might sound irrelevant to most, but adding the information that the year has not been profitable for that specific company, and that all the competitors have gained a slice of their market share, adds up to a very negative scenario, that a diligent investor might foresee, but many other people might overlook just because the first information was not relevant for them.

As for any type of added knowledge, weak signals grant a strategical advantage over competitors, yet only recently they are being used more and more, due to the advent of social media, the greater source of weak signals. As for any kind of information, weak signals provide a competitive advantage due to being

and moreover, information is at the basis of the decision-making process, without it the process does not even begin and, since finance is all about decision making, we can see the importance of data. A big example of weak signals in finance can be seen in the housing bubble (2008) and brilliantly depicted in the film “the big short”, many big investor such as Warren Buffett foresaw that complex derivatives would multiply and mutate until some event makes their toxicity clear, yet many other players did not. In the end those who dove deeply to search the smallest information (in that case, seeing the mortgage reports of banks and seeing that the subprime were people who could not afford a mortgage), successfully avoided a significant loss of money, those who did not eventually collapsed.

How to find weak signals

Engaging at the top

In the beginning, it is often useful to get senior leaders actively involved with social media, being the greater source of weak signals; in fact executives who are curious and attuned to the themes emerging from social media are more likely to spot details otherwise intangible. As an example, we can think of a fabric manufactory, which has been recently praised by one customer (or several customers) for the fabrics’ quality and low price when compared to other alternatives in a social media post; if a senior executive is taught to listen and mind social media posts, he might have caught a possible opportunity to expand the business, either by aggressively taking shares, or lifting prices, which in both cases would ultimately benefit the business. It is extremely important though, that the main listeners are C-level staff, in fact if a standard employee catches those weak signals, he is not able to make decisions with that information, and he has to pass it to someone higher in the hierarchy, with an increase risk of overlooking or distorting the initial information, whilst a senior executive can make the call faster and easier.

It is also useful to search for weak signals when customers start engaging with products or services in new, tech-enabled ways, often simply by sharing perceptions about a company’s offerings and how they are using them. Spotting weak signals in such circumstances requires managers and employees to have the time and space to surf blogs or seek inspiration through services such as Tumblr or Instagram. As intangible as these techniques may sound, they can deliver tangible results, in fact it is not uncommon to open a social media and see the advertisement pop up of a company that the user might like, this is done thanks to the use of learning algorithms that constantly evolve to keep up with the users’ interests. Moreover the social media environment offers a next level platform of advertisement for companies, potentially for free thanks to the emerging figure of influencers; highly viewed profiles that constantly review specific types of products (they can vary from clothes to electronic devices, to accessories …) and that represent for companies a great opportunity only accessible through the usage of social media.

Listening for weak signals is not enough, companies must channel what has been learned to the appropriate part of the organization so the findings can influence product development and other operational activities. But before doing that, it is crucial to collect and select the right information for the right function and, in this field, FinScience has developed a software monitoring alternative digital signals about stocks, companies, themes, organized in portfolios, and accessible through simplified dashboards displaying digital and financial indicators that if contextualized in the example, can collect data with common characteristics, and send it to the designated function. The advantages are multiples: being automated grants a save of time and resources, and, if set up properly, it can search for information within several sources at the same time and with a better accuracy. Once the platform has collected data, and the dashboard has been consulted, each function can start its decision-making process, which is now fairly simple, having all the information needed. The platform can be seen as a decision supporting system (DSS), a category of software that help the user making a decision but never decide themselves, and at the present times it is crucial to have at least one DSS, due to the huge number of information a business needs to survive.